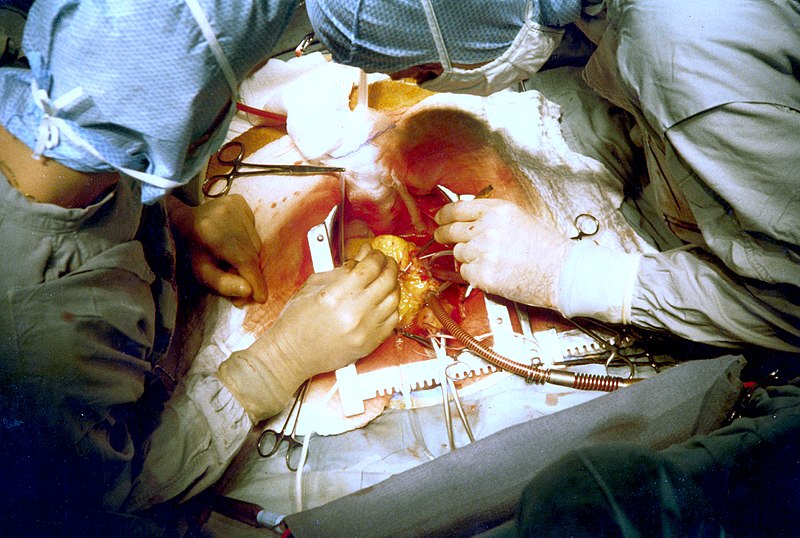 “Strategies for Multivessel Revascularization in Patients with Diabetes”

Background:
Previous studies, such as the 1996 BARI trial, have demonstrated that patients who have multivessel coronary artery disease (CAD) and diabetes mellitus (DM) and who received coronary artery bypass grafting (CABG) surgery lived longer than patients undergoing balloon angioplasty. However, since that publication, percutaneous coronary intervention (PCI) technology advanced significantly. Prior to the publication of FREEDOM in 2012, there had only been small, underpowered studies comparing PCI with drug-eluting stent (DES) to CABG. FREEDOM was powered appropriately to discover superiority of revascularization strategy (PCI with DES vs. CABG) in patients with DM and multivessel CAD.

Design:
Patients meeting criteria were assigned 1:1 into PCI with first-generation paclitaxel-eluting stent (51%) or sirolimus-eluting stent (43%) versus CABG. The PCI group was placed on aspirin and clopidogrel for dual antiplatelet therapy (DAPT) for at least 12 months. For the CABG group, arterial revascularization was encouraged. The mean SYNTAX score (tool used to score complexity of CAD) was 26.2 and did not significantly differ between groups. Guideline-driven targets for lowering medical risk factors were used: LDL <70, BP <130/80, HgbA1c <7. Minimum follow-up was 2 years.

Outcomes:
Primary: Composite of death from any cause, non-fatal myocardial infarction (MI), and non-fatal stroke

Regarding safety, major bleeding between the two groups at 30 days was 0.02% for PCI vs 0.04% for CABG (p = 0.13). The incidence of acute renal failure requiring hemodialysis was observed in one patient in the PCI group and eight patients in the CABG group (p = 0.02)

Implication/Discussion:
The BARI Trial (1996) was the first trial to show that patients with DM and multivessel CAD derive mortality benefit from bypass grafting over PCI with balloon angioplasty. Furthermore, the BARI 2D (2009) trial demonstrated this benefit of bypass grafting over PCI with bare metal stents (BMS). At the time of the FREEDOM Trial, there had not been a randomized comparison of CABG versus PCI with newer technology and first-generation paclitaxel/sirolimus DES. In this study, CABG showed a 5.3% absolute reduction in all-cause mortality over PCI as well decreased rates of MI and repeat revascularization. CABG was associated with a mild absolute increase in stroke (2.8%). However, this mild increased stroke risk is consistent with most other comparative trials of the two treatment strategies. There was no statistical difference in major bleeding between the two groups.

CABG is likely better than PCI for various reasons. For one, diabetic arteries are affected diffusely and tend to have more extensive atherosclerotic disease compared to those without diabetes, so the likelihood of successful PCI alone is low. Many suspected that with advancement in PCI (i.e. DES) that the BARI data would become irrelevant. However, CABG continued to show benefit despite the technological advancements of drug-eluting stents and PCI. Improvement in surgical technique as well as the use of arterial revascularization (i.e. internal mammary artery) helped maintain superior outcomes with CABG compared to PCI.

The study was limited by the fact that due to low numbers, the subgroup analysis (i.e. SYNTAX scores) was not appropriately powered for statistical significance. Further, the study was not blinded, and patients may have been treated differently on the basis of their surgical procedure. Also, there was variability of STYNAX scores between the study groups, but this circumstance was thought to reflect real world heterogeneity.

Bottom Line:
CABG was superior to PCI with DES in patients with DM and multivessel CAD in that it significantly reduced rates of death and MI despite a small increased risk of stroke.