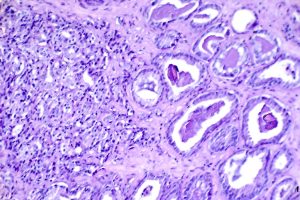 The trial enrolled men ages 55-74 (excluded if hx prostate, lung, or colorectal cancer, current cancer treatment, or > 1 PSA test in the past 3 years). Patients were randomized to annual PSA testing for 6 years with annual digital rectal exam (DRE) for 4 years or to usual care. The primary outcome was the prostate-cancer-attributable death rate, and the secondary outcome was the incidence of prostate cancer. 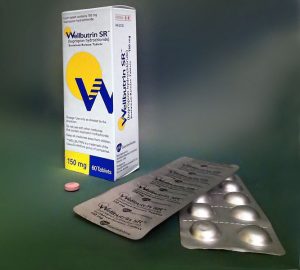 “Apixaban versus Warfarin in Patients with Atrial Fibrillation”

Prior to the development of the DOACs, warfarin was the standard of care for the reduction of risk of stroke in atrial fibrillation. Drawbacks of warfarin include a narrow therapeutic range, numerous drug and dietary interactions, the need for frequent monitoring, and elevated bleeding risk. Around 2010, the definitive RCTs for the oral direct thrombin inhibitor dabigatran (RE-LY) and the oral factor Xa inhibitor rivaroxaban (ROCKET AF) showed equivalence or superiority to warfarin. Shortly afterward, the ARISTOTLE trial demonstrated the superiority of the oral factor Xa inhibitor apixaban (Eliquis).

The trial enrolled patients with atrial fibrillation or flutter with at least one additional risk factor for stroke (age 75+, prior CVA/TIA, symptomatic CHF, or reduced LVEF). Notably, patients with Cr > 2.5 were excluded. Patients were randomized to treatment with either apixaban BID + placebo warfarin daily (reduced 2.5mg apixaban dose given in patients with 2 or more of the following: age 80+, weight < 60, Cr > 1.5) or to placebo apixaban BID + warfarin daily. The primary efficacy outcome was the incidence of stroke, and the primary safety outcome was “major bleeding” (clinically overt and accompanied by Hgb drop of ≥ 2, “occurring at a critical site,” or resulting in death). Secondary outcomes included all-cause mortality and a composite of major bleeding and “clinically-relevant non-major bleeding.”

In patients with non-valvular atrial fibrillation and at least one other risk factor for stroke, anticoagulation with apixaban significantly reduced the risk of stroke, major bleeding, and all-cause mortality relative to anticoagulation with warfarin. This was a large RCT that was designed and powered to demonstrate non-inferiority but in fact was able to demonstrate the superiority of apixaban. Along with ROCKET AF and RE-LY, the ARISTOTLE trial ushered in the modern era of DOACs in atrial fibrillation. Apixaban was approved by the FDA for the treatment of non-valvular atrial fibrillation in 2012. Patient prescription cost is no longer a major barrier to prescription. These three major DOACs are all preferred in the DC Medicaid formulary (see page 14). To date, no trial has compared the various DOACs directly.

“Early Use of TIPS in Patients with Cirrhosis and Variceal Bleeding”

Variceal bleeding is a major cause of morbidity and mortality in decompensated cirrhosis. The standard of care for an acute variceal bleed includes a combination of vasoactive drugs, prophylactic antibiotics, and endoscopic techniques (e.g. banding). Transjugular intrahepatic portosystemic shunt (TIPS) can be used to treat refractory bleeding. This 2010 trial sought to determine the utility of early TIPS during the initial bleed in high-risk patients when compared to standard therapy.

The trial enrolled cirrhotic patients (Child-Pugh class B or C with score ≤ 13) with acute esophageal variceal bleeding. All patients received endoscopic band ligation (EBL) or endoscopic injection sclerotherapy (EIS) at the time of diagnostic endoscopy. All patients also received vasoactive drugs (terlipressin, somatostatin, or octreotide). Patients were randomized to either TIPS performed within 72 hours after diagnostic endoscopy or to “standard therapy” by 1) treatment with vasoactive drugs with transition to nonselective beta blocker when patients were free of bleeding followed by 2) addition of isosorbide mononitrate to maximum tolerated dose, and 3) a second session of EBL at 7-14 days after the initial session (repeated q10-14 days until variceal eradication was achieved). The primary outcome was a composite of failure to control acute bleeding or failure to prevent “clinically significant” variceal bleeding (requiring hospital admission or transfusion) at 1 year after enrollment. Selected secondary outcomes included 1-year mortality, development of hepatic encephalopathy (HE), ICU days, and hospital LOS.

Early TIPS in acute esophageal variceal bleeding, when compared to standard pharmacotherapy and endoscopic band ligation, improved control of index bleeding, reduced recurrent variceal bleeding at 1 year, and reduced all-cause mortality. Prior studies had demonstrated that TIPS reduced the rebleeding rate but increased the rate of hepatic encephalopathy without improving survival. As such, TIPS had only been recommended as a rescue therapy. Obviously, this study presents compelling data that challenge these paradigms. The authors note that in “patients with Child-Pugh class C or in class B with active variceal bleeding, failure to initially control the bleeding or early rebleeding contributes to further deterioration in liver function, which in turn worsens the prognosis and may preclude the use of rescue TIPS.” Authors at UpToDate note that, given the totality of evidence to date, the benefit of early TIPS in preventing rebleeding “is offset by its failure to consistently improve survival and increasing morbidity due to the development of liver failure and encephalopathy.” Today, TIPS remains primarily a salvage therapy for use in cases of recurrent bleeding despite standard pharmacotherapy and EBL. There may be a subset of patients in whom early TIPS is the ideal strategy, but further trials will be required to identify this subset.