Renal failure commonly develops in the setting of spontaneous bacterial peritonitis (SBP), and its development is a sensitive predictor of in-hospital mortality. The renal impairment is thought to stem from decreased effective arterial blood volume secondary to the systemic inflammatory response to the infection. In our current practice, there are certain circumstances in which we administer albumin early in the SBP disease course in order to reduce the risk of renal failure and mortality. Ultimately, our current protocol originated from the 1999 study of albumin in SBP by Sort et al.

The trial enrolled adults with SBP and randomized them to treatment with either cefotaxime and albumin infusion 1.5 gm/kg within 6hrs of enrollment, followed by 1 gm/kg on day 3 or cefotaxime alone. The primary outcome was the development of “renal impairment” (a “nonreversible” increase in BUN or Cr by more than 50% to a value greater than 30 mg/dL or 1.5 mg/dL, respectively) during hospitalization. The secondary outcome was in-hospital mortality.

In conclusion, albumin administration reduces renal impairment and improves mortality in patients with SBP. The findings of this landmark trial were refined by a brief 2007 report by Sigal et al. entitled “Restricted use of albumin for spontaneous bacterial peritonitis.” “High-risk” patients, identified by baseline serum bilirubin of ≥ 4.0 mg/dL or Cr ≥ 1.0 mg/dL were given the intervention of albumin 1.5gm/kg on day 1 and 1gm/kg on day 3, and low-risk patients were not given albumin. None of the 15 low-risk patients developed renal impairment or died, whereas 12 of 21 (57%) of the high-risk group developed renal impairment, and 5 of the 21 (24%) died. The authors conclude that patients with bilirubin < 4.0 and Cr < 1.0 did not need scheduled albumin in the treatment of SBP. The current (2012) American Association for the Study of Liver Diseases guidelines for the management of adult patients with ascites due to cirrhosis do not definitively recommend criteria for albumin administration in SBP. Instead they summarize the aforementioned two studies. A 2013 meta-analysis of four reports/trials (including the two above) concluded that albumin infusion reduced renal impairment and improved mortality with pooled odds ratios approximately commensurate with those of the 1999 study by Sort et al. Ultimately, the current recommended practice per expert opinion is to perform albumin administration per the protocol outlined by Sigal et al. (2007).

In conclusion, simvastatin therapy reduced mortality in patients with known CAD and hypercholesterolemia via reduction of major coronary events. This was a large, well-designed, double-blind RCT that ushered in the era of widespread statin use for secondary, and eventually, primary prevention of ASCVD. For further information about modern guidelines for the use of statins, please see the 2018 “ACC/AHA Multisociety Guideline on the Management of Blood Cholesterol” and the 2016 USPSTF guideline “Statin use for the Primary Prevention of Cardiovascular Disease in Adults: Preventive Medication”. 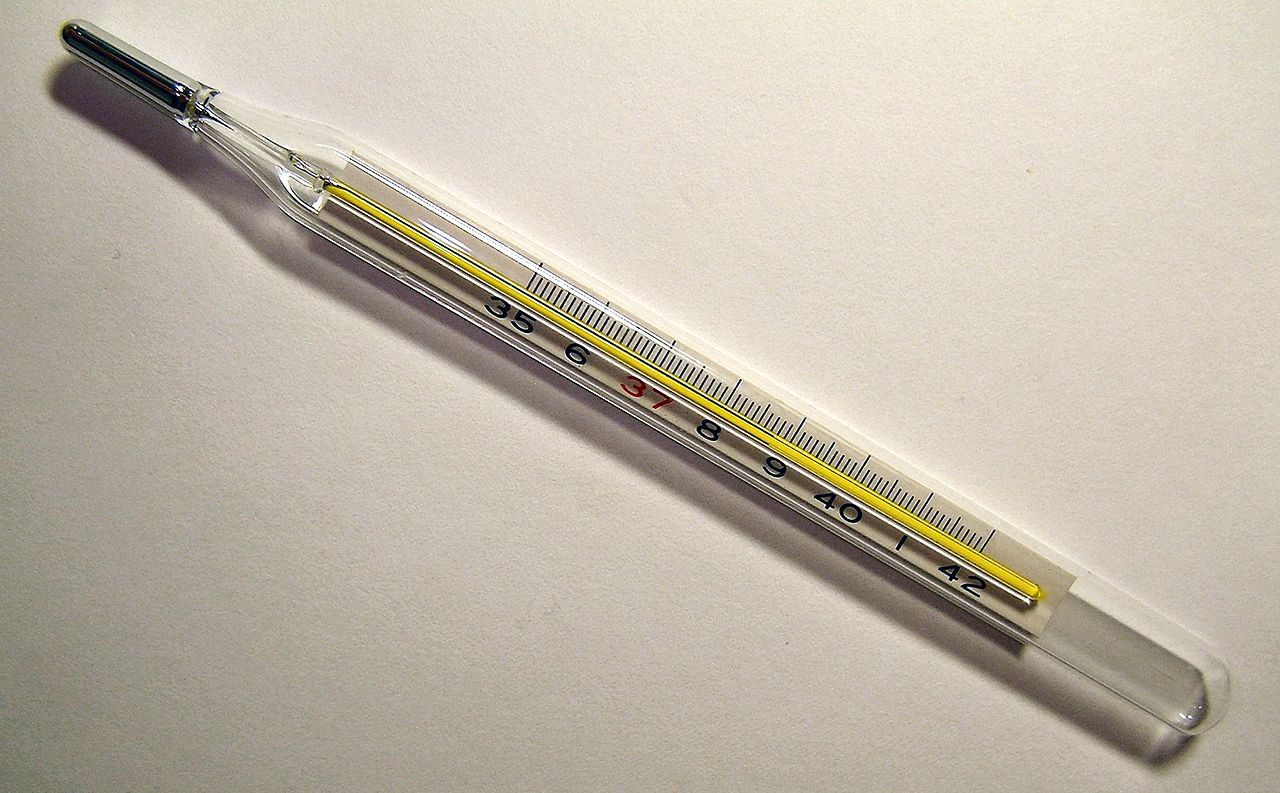 In our modern usage, fever of unknown origin (FUO) refers to a persistent unexplained fever despite an adequate medical workup. The most commonly used criteria for this diagnosis stem from this 1961 series by Petersdorf and Beeson.

This study analyzed a prospective cohort of patients evaluated at Yale’s hospital for FUO between 1952 and 1957. Their FUO criteria: 1) illness of more than three week’s duration, 2) fever higher than 101º F on several occasions, and 3) diagnosis uncertain after one week of study in hospital. After 126 cases had been noted, retrospective investigation was undertaken to determine the ultimate etiologies of the fevers. The authors winnowed this group to 100 cases based on availability of follow-up data and the exclusion of cases that “represented combinations of such common entities as urinary tract infection and thrombophlebitis.”

Clearly, diagnostic modalities have improved markedly since this 1961 study. However, the core etiologies of infection, malignancy, and connective tissue disease/non-infectious inflammatory disease remain most prominent, while the percentage of patients with no ultimate diagnosis has been increasing (for example, see PMIDs 9413425, 12742800, and 17220753). Modifications to the 1961 criteria have been proposed (for example: 1 week duration of hospital stay not required if certain diagnostic measures have been performed) and implemented in recent FUO trials. One modern definition of FUO: fever ≥ 38.3º C, lasting at least 2-3 weeks, with no identified cause after three days of hospital evaluation or three outpatient visits. Per UpToDate, the following minimum diagnostic workup is recommended in suspected FUO: blood cultures, ESR or CRP, LDH, HIV, RF, heterophile antibody test, CK, ANA, TB testing, SPEP, and CT of abdomen and chest.

Metabolic acidosis is a common complication of advanced CKD. Some animal models of CKD have suggested that worsening metabolic acidosis is associated with worsening proteinuria, tubulointerstitial fibrosis, and acceleration of decline of renal function. Short-term human studies have demonstrated that bicarbonate administration reduces protein catabolism and that metabolic acidosis is an independent risk factor for acceleration of decline of renal function. However, until this 2009 study by de Brito-Ashurst et al., there were no long-term studies demonstrating the beneficial effects of oral bicarbonate administration on CKD progression and nutritional status.

The study enrolled CKD patients with CrCl 15-30ml/min and plasma bicarbonate 16-20 mEq/L and randomized them to treatment with either sodium bicarbonate 600mg PO TID (with protocolized uptitration to achieve plasma HCO3–  ≥ 23 mEq/L) for 2 years, or to routine care. The primary outcomes were: 1) the decline in CrCl at 2 years, 2) “rapid progression of renal failure” (defined as decline of CrCl > 3 ml/min per year), and 3) development of ESRD requiring dialysis. Secondary outcomes included 1) change in dietary protein intake, 2) change in normalized protein nitrogen appearance (nPNA), 3) change in serum albumin, and 4) change in mid-arm muscle circumference.

In conclusion, oral bicarbonate supplementation in CKD patients with metabolic acidosis reduces the rate of CrCl decline and progression to ESRD and improves nutritional status. Primarily on the basis of this study, the KDIGO 2012 guidelines for the management of CKD recommend oral bicarbonate supplementation to maintain serum bicarbonate within the normal range (23-29 mEq/L). This is a remarkably cheap and effective intervention. Importantly, the rates of adverse events, particularly worsening hypertension and increasing edema, were unchanged among the two groups. Of note, sodium bicarbonate induces much less volume expansion than a comparable sodium load of sodium chloride.

In their discussion, the authors suggest that their results support the hypothesis of Nath et al. (1985) that “compensatory changes [in the setting of metabolic acidosis] such as increased ammonia production and the resultant complement cascade activation in remnant tubules in the declining renal mass [are] injurious to the tubulointerstitium.” The hypercatabolic state of advanced CKD appears to be mitigated by bicarbonate supplementation. The authors note that “an optimum nutritional status has positive implications on the clinical outcomes of dialysis patients, whereas [protein-energy wasting] is associated with increased morbidity and mortality.”

Limitations to this trial include its open-label, no-placebo design. Also, the applicable population is limited by study exclusion criteria of morbid obesity, overt CHF, and uncontrolled HTN.