by the Vertebral Efficacy with Risedronate Therapy (VERT) Study Group

Bisphosphonates are a highly effective and relatively safe class of medications for the prevention of fractures in patients with osteoporosis. The VERT trial published in 1999 was a landmark trial that demonstrated this protective effect with the daily oral bisphosphonate risedronate.

2458 patients were randomized. During the course of the study, “data from other trials indicated that the 2.5mg risedronate dose was less effective than the 5mg dose,” and thus the authors discontinued further data collection on the 2.5mg treatment arm at 1 year into the study. All treatment groups had similar baseline characteristics. 55% of the placebo group and 60% of the 5mg risedronate group completed 3 years of treatment. The prevalence of new vertebral fracture within 3 years was 11.3% in the risedronate group and 16.3% in the placebo group (RR 0.59, 95% CI 0.43-0.82, p = 0.003; NNT = 20). The prevalence of new non-vertebral fractures at 3 years was 5.2% in the treatment arm and 8.4% in the placebo arm (RR 0.6, 95% CI 0.39-0.94, p = 0.02; NNT = 31). Regarding bone mineral density (BMD), see Figure 4 for a visual depiction of the changes in BMD by treatment group at the various 6-month timepoints. Notably, change from baseline BMD of the lumbar spine and femoral neck was significantly higher (and positive) in the risedronate 5mg group at all follow-up timepoints relative to the placebo group and at all timepoints except 6 months for the femoral trochanter measurements. Regarding adverse events, there was no difference in the incidence of upper GI adverse events among the two groups. GI complaints “were the most common adverse events associated with study discontinuance,” and GI events lead to 42% of placebo withdrawals but only 36% of the 5mg risedronate withdrawals.

Oral risedronate reduces the risk of vertebral and non-vertebral fractures in patients with osteoporosis while increasing bone mineral density. Overall, this was a large, well-designed RCT that demonstrated a concrete treatment benefit. As a result, oral bisphosphonate therapy has become the standard of care both for treatment and prevention of osteoporosis. This study, as well as others, demonstrated that such therapies are well-tolerated with relatively few side effects. A notable strength of this study is that it did not exclude patients with GI comorbidities.  One weakness is the modification of the trial protocol to eliminate the risedronate 2.5mg treatment arm after 1 year of study. Although this arm demonstrated a reduction in vertebral fracture at 1 year relative to placebo (p = 0.02), its elimination raises suspicion that the pre-specified analyses were not yielding the anticipated results during the interim analysis and thus the less-impressive treatment arm was discarded.

by the Studies of Left Ventricular Dysfunction (SOLVD) Investigators

Heart failure with reduced ejection fraction (HFrEF) is a very common and highly morbid condition. We now know that blockade of the renin-angiotensin-aldosterone system (RAAS) with an ACEi or ARB is a cornerstone of modern HFrEF treatment. The 1991 SOLVD trial played an integral part in demonstrating the benefit of and broadening the indication for RAAS blockade in HFrEF.

2569 patients were randomized. Follow-up duration ranged from 22 to 55 months. 510 (39.7%) placebo patients died during follow-up compared to 452 (35.2%) enalapril patients (relative risk reduction of 16% per log-rank test, 95% CI 5-26%, p = 0.0036). See Figure 1 for the relevant Kaplan-Meier curves. 736 (57.3%) placebo patients died or were hospitalized for CHF during follow-up compared to 613 (47.7%) enalapril patients (relative risk reduction 26%, 95% CI 18-34, p < 0.0001). Hospitalizations for heart failure, all-cause hospitalizations, cardiovascular deaths, and deaths due to heart failure were all significantly reduced in the enalapril group. 320 placebo patients discontinued the study drug versus only 182 patients in the enalapril group. Enalapril patients were significantly more likely to report dizziness, fainting, and cough. There was no difference in the prevalence of angioedema.

Treatment of HFrEF with enalapril significantly reduced mortality and hospitalizations for heart failure. The authors note that for every 1000 study patients treated with enalapril, approximately 50 premature deaths and 350 heart failure hospitalizations were averted. The mortality benefit of enalapril appears to be immediate and increases for approximately 24 months. Per the authors, “reductions in deaths and rates of hospitalization from worsening heart failure may be related to improvements in ejection fraction and exercise capacity, to a decrease in signs and symptoms of congestion, and also to the known mechanism of action of the agent – i.e., a decrease in preload and afterload when the conversion of angiotensin I to angiotensin II is blocked.” Strengths of this study include its double-blind, randomized design, large sample size, and long follow-up. The fact that the run-in period allowed for the exclusion prior to randomization of patients who did not immediately tolerate enalapril is a major limitation of this study.

Prior to SOLVD, studies of ACEi in HFrEF had focused on patients with severe symptoms. The 1987 CONSENSUS trial was limited to patients with NYHA class IV symptoms. SOLVD broadened the indication of ACEi treatment to a wider group of symptoms and correlating EFs. Per the current 2013 ACCF/AHA guidelines for the management of heart failure, ACEi/ARB therapy is a Class I recommendation in all patients with HFrEF in order to reduce morbidity and mortality. 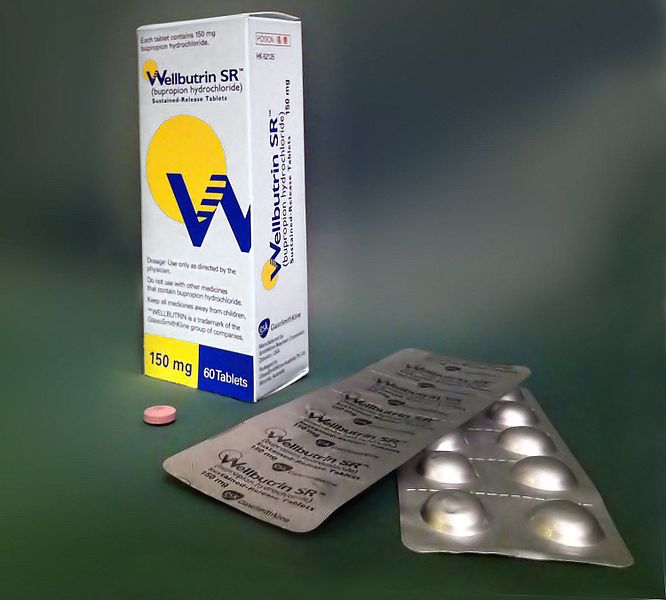 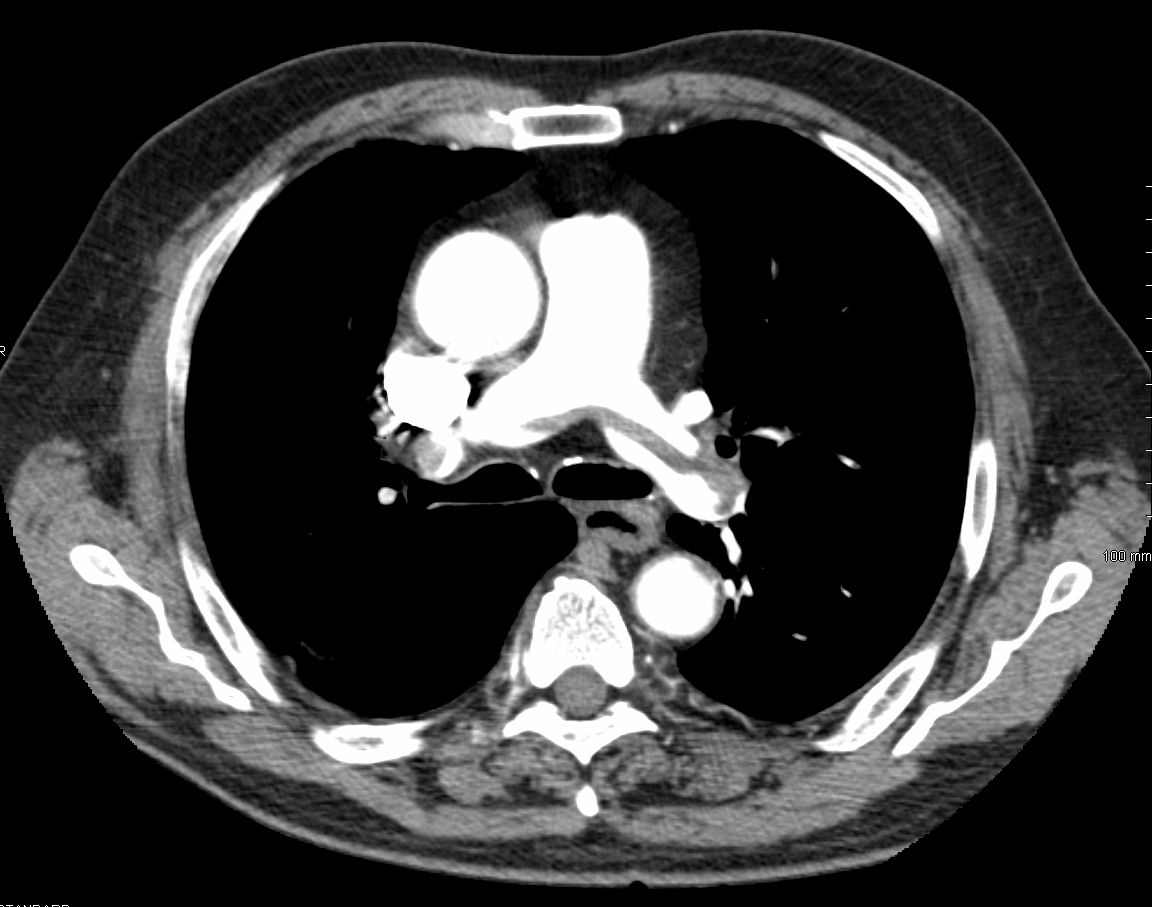 This open-label RCT compared treatment of acute PE (± DVT) with rivaroxaban (15mg PO BID x21 days, followed by 20mg PO daily) versus VKA with an enoxaparin 1mg/kg BID bridge until the INR was therapeutic for 2+ days and the patient had received at least 5 days of enoxaparin. Patients with cancer were not excluded if they had a life expectancy of ≥ 3 months, but they comprised only ~4.5% of the patient population. Treatment duration was determined by the discretion of the treating physician and was decided prior to randomization. Duration was also a stratifying factor in the randomization. The primary outcome was symptomatic recurrent VTE (fatal or nonfatal). The pre-specified noninferiority margin was 2.0 for the upper limit of the 95% confidence interval of the hazard ratio. The primary safety outcome was “clinically relevant bleeding.”

In a large, open-label RCT, rivaroxaban was shown to be noninferior to standard therapy with a VKA + enoxaparin bridge in the treatment of acute PE. This was the first major RCT to demonstrate the safety and efficacy of a DOAC in the treatment of PE and led to FDA approval of rivaroxaban for the treatment of PE that same year. The following year, the AMPLIFY trial demonstrated that apixaban was noninferior to VKA + LMWH bridge in the prevention of recurrent VTE, and apixaban was also approved by the FDA for the treatment of PE. The 2016 Chest guidelines for Antithrombotic Therapy for VTE Disease recommend the DOACs rivaroxaban, apixaban, dabigatran, or edoxaban over VKA therapy in VTE not associated with cancer. In cancer-associated VTE, LMWH remains the recommended initial agent. (See the Week 1 – CLOT post.) As noted previously, a study in 2018 in NEJM demonstrated the noninferiority of edoxaban over LMWH in the treatment of cancer-associated VTE. Later that year, the SELECT-D trial compared rivaroxaban (Xarelto) to dalteparin and demonstrated a reduced rate of recurrence among patients treated with rivaroxaban (cumulative 6-month event rate of 4% versus 11%, HR 0.43, 95% CI 0.19–0.99) with no difference in rates of major bleeding but increased “clinically relevant nonmajor bleeding” within the rivaroxaban group.