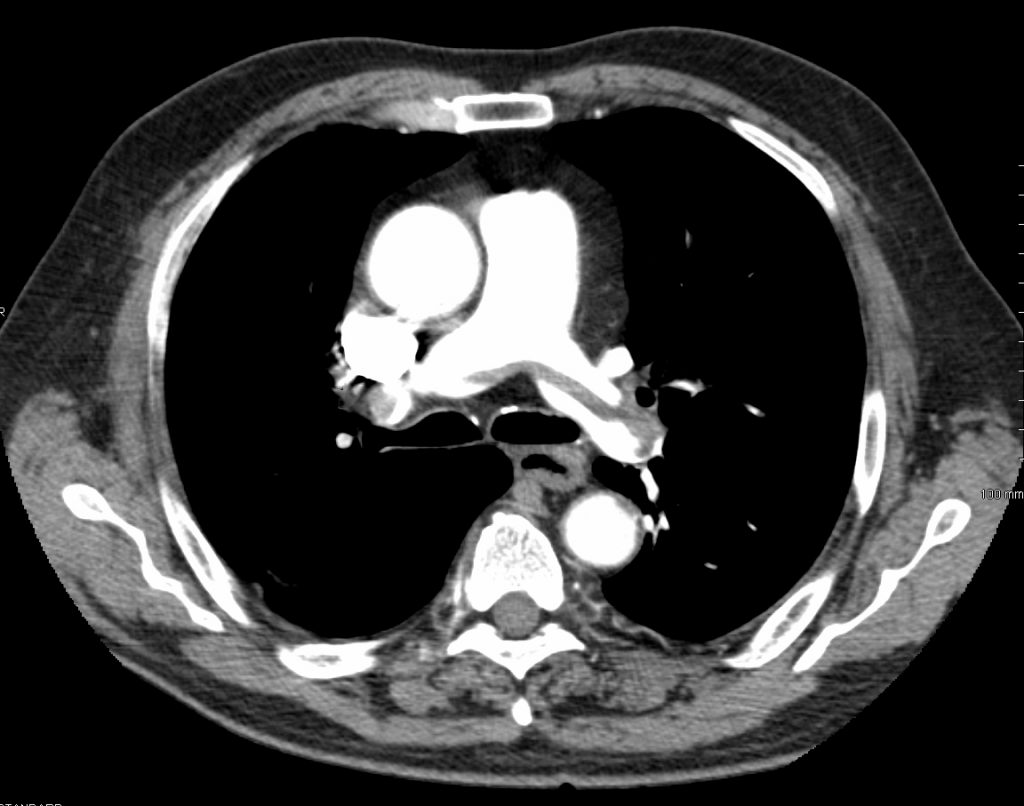 This open-label RCT compared treatment of acute PE (± DVT) with rivaroxaban (15mg PO BID x21 days, followed by 20mg PO daily) versus VKA with an enoxaparin 1mg/kg bridge until the INR was therapeutic for 2+ days and the patient had received at least 5 days of enoxaparin. Patients with cancer were not excluded if they had a life expectancy of ≥ 3 months, but they comprised only ~4.5% of the patient population. Treatment duration was determined by the discretion of the treating physician and was decided prior to randomization. Duration was also a stratifying factor in the randomization. The primary outcome was symptomatic recurrent VTE (fatal or nonfatal). The pre-specified noninferiority margin was 2.0 for the upper limit of the 95% confidence interval of the hazard ratio. The primary safety outcome was “clinically relevant bleeding.”

The study enrolled patients who had a bleeding gastroduodenal ulcer visualized on endoscopy and in whom hemostasis was achieved following epinephrine injection and thermocoagulation. Enrollees were randomized to treatment with either omeprazole 80mg IV bolus followed by 8mg/hr infusion x72 hours then followed by omeprazole 20mg PO x8 weeks or to placebo bolus + drip x72 hours followed by omeprazole 20mg PO x8 weeks. The primary outcome was recurrent bleeding within 30 days. Secondary outcomes included recurrent bleeding within 72 hours, amount of blood transfused by day 30, hospitalization duration, and all-cause 30-day mortality.

Treatment with intravenous omeprazole immediately following endoscopic intervention for bleeding peptic ulcer significantly reduced the rate of recurrent bleeding. This effect was most prominent within the first 3 days of therapy. This intervention also reduced blood transfusion requirements and shortened hospital stays. The presumed mechanism of action is increased gastric pH facilitating platelet aggregation. In 2018, the benefit of this intervention seems so obvious based on its description alone that one would not imagine that such a trial would be funded or published in such a high-profile journal. However, the annals of medicine are littered with now-discarded interventions that made sense from a theoretical or mechanistic perspective but were demonstrated to be ineffective or even harmful (e.g. pharmacologic suppression of ventricular arrhythmias post-MI or renal denervation for refractory HTN).

Today, bleeding peptic ulcers are treated with an IV PPI twice daily. Per UpToDate, meta-analyses have not shown a benefit of continuous PPI infusion over this IV BID dosing. However, per 2012 guidelines in the American Journal of Gastroenterology, patients with active bleeding or non-bleeding visible vessels should receive both endoscopic intervention and IV PPI bolus followed by infusion.

“Effect of carvedilol on survival in severe chronic heart failure”

2289 patients were randomized before the trial was stopped early due to higher than expected survival benefit in the carvedilol arm. Mean follow-up was 10.4 months. Regarding mortality, 190 (16.8%) of placebo patients died, while only 130 (11.2%) of carvedilol patients died (p = 0.0014) (NNT = 17.9). Regarding mortality or hospitalization, 507 (44.7%) of placebo patients died or were hospitalized, but only 425 (36.8%) of carvedilol patients died or were hospitalized (NNT = 12.6). Both outcomes were found to be of similar directions and magnitudes in subgroup analyses (age, sex, LVEF < 20% or >20%, ischemic vs. non-ischemic CHF, study site location, and no CHF hospitalization within year preceding randomization).

This was a straightforward, well-designed, double-blind RCT with a compelling conclusion. In addition, the dropout rate was higher in the placebo arm than the carvedilol arm! Despite longstanding clinician fears that beta-blockade would be ineffective or even harmful in patients with already advanced (but compensated) HFrEF, this trial definitively established the role for beta-blockade in such patients.

Per the 2013 ACCF/AHA guidelines, “use of one of the three beta blockers proven to reduce mortality (e.g. bisoprolol, carvedilol, and sustained-release metoprolol succinate) is recommended for all patients with current or prior symptoms of HFrEF, unless contraindicated.”

Please note that there are two COPERNICUS trials. This is the first reported study (NEJM 2001) which reports only the mortality and mortality + hospitalization results, again in the context of a highly anticipated trial that was terminated early due to mortality benefit. A year later, the full results were published in Circulation, which described findings such as a decreased number of hospitalizations, fewer total hospitalization days, fewer days hospitalized for CHF, improved subjective scores, and fewer serious adverse events (e.g. sudden death, cardiogenic shock, VT) in the carvedilol arm.

Ideally, palliative care improves a patient’s quality of life while facilitating appropriate usage of healthcare resources. However, initiating palliative care late in a disease course or in the inpatient setting may limit these beneficial effects. This 2010 study by Temel et al. sought to demonstrate benefits of early integrated palliative care on patient-reported quality-of-life (QoL) outcomes and resource utilization.

The study enrolled outpatients with metastatic NSCLC diagnosed < 8 weeks ago and ECOG performance status 0-2 and randomized them to either “early palliative care” (met with palliative MD/ARNP within 3 weeks of enrollment and at least monthly afterward) or to standard oncologic care. The primary outcome was the change in Trial Outcome Index (TOI) from baseline to 12 weeks.

The authors hypothesized that the demonstrated QoL and mood improvements may have led to the increased survival, as prior studies had associated lower QoL and depressed mood with decreased survival. However, I find more compelling their hypotheses that “the integration of palliative care with standard oncologic care may facilitate the optimal and appropriate administration of anticancer therapy, especially during the final months of life” and earlier referral to a hospice program may result in “better management of symptoms, leading to stabilization of [the patient’s] condition and prolonged survival.”

In practice, this study and those that followed have further spurred the integration of palliative care into many standard outpatient oncology workflows, including features such as co-located palliative care teams and palliative-focused checklists/algorithms for primary oncology providers. Of note, in the inpatient setting, a recent meta-analysis concluded that early hospital palliative care consultation was associated with a $3200 reduction in direct hospital costs ($4250 in subgroup of patients with cancer).