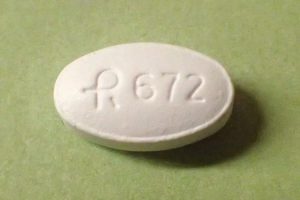 Inhibition of the renin-angiotensin-aldosterone system (RAAS) is a tenet of the treatment of heart failure with reduced ejection fraction (see post from Week 6 – SOLVD). However, physiologic evidence exists that suggests ACEis only partially inhibit aldosterone production. It had been hypothesized that aldosterone receptor blockade (e.g. with spironolactone) in conjunction with ACE inhibition could synergistically improve RAAS blockade; however, there was substantial clinician concern about the risk of hyperkalemia. In 1996, the RALES investigators demonstrated that the addition of spironolactone 12.5 or 25mg daily in combination with ACEi resulted in laboratory evidence of increased RAAS inhibition at 12 weeks with an acceptable increased risk of hyperkalemia. The 1999 RALES study was thus designed to evaluate prospectively the mortality benefit and safety of the addition of relatively low-dose aldosterone treatment to the standard HFrEF treatment regimen.

The study enrolled patients with severe HFrEF (LVEF ≤ 35% and NYHA class IV symptoms within the past 6 months and class III or IV symptoms at enrollment) currently being treated with an ACEi (if tolerated) and a loop diuretic. Patients were randomized to the addition of spironolactone 25mg PO daily or placebo. (The dose could be increased at 8 weeks to 50mg PO daily if the patient showed signs or symptoms of progression of CHF without evidence of hyperkalemia.) The primary outcome was all-cause mortality. Secondary outcomes included death from cardiac causes, hospitalization for cardiac causes, change in NYHA functional class, and incidence of hyperkalemia.

1663 patients were randomized. The trial was stopped early (mean follow-up of 24 months) due to the marked improvement in mortality among the spironolactone group. Among the placebo group, 386 (46%) patients died, whereas only 284 (35%) patients among the spironolactone group died (RR 0.70, 95% CI 0.60 to 0.82, p < 0.001; NNT = 8.8). See the dramatic Kaplan-Meier curve in Figure 1. Relative to placebo, spironolactone treatment reduced deaths secondary to cardiac causes by 31% and hospitalizations for cardiac causes by 30% (p < 0.001 for both). In placebo patients, NYHA class improved in 33% of cases, was unchanged in 18%, and worsened in 48% of patients; in spironolactone patients, the NYHA class improved in 41%, was unchanged in 21%, and worsened in 38% of patients (p < 0.001 for group difference by Wilcoxon test). “Serious hyperkalemia” occurred in 10 (1%) of placebo patients and 14 (2%) of spironolactone patients (p = 0.42). Treatment discontinuation rates were similar among the two groups.

Among patients with severe HFrEF, the addition of spironolactone improved mortality, reduced hospitalizations for cardiac causes, and improved symptoms without conferring an increased risk of serious hyperkalemia. The authors hypothesized that spironolactone “can prevent progressive heart failure by averting sodium retention and myocardial fibrosis” and can “prevent sudden death from cardiac causes by averting potassium loss and by increasing the myocardial uptake of norepinephrine.” Myocardial fibrosis is thought to be reduced via blocking the role aldosterone plays in collagen formation. Overall, this was a well-designed double-blind RCT that built upon the safety data of the safe-dose-finding 1996 RALES trial and ushered in the era of routine use of aldosterone receptor blockade in severe HFrEF. In 2003, the EPHESUS trial trial demonstrated a mortality benefit of aldosterone antagonism (with eplerenone) among patients with LV dysfunction following acute MI, and in 2011, the EMPHASIS-HF trial demonstrated a reduction in CV death or HF hospitalization with eplerenone use among patients with EF ≤ 35% and NYHA class II symptoms (and notably among patients with a much higher prevalence of beta-blocker use than those of the mid-1990s RALES cohort). The 2014 TOPCAT trial demonstrated that, among patients with HFpEF, spironolactone does not reduce a composite endpoint of CV mortality, aborted cardiac arrest, or HF hospitalizations.

The 2013 ACCF/AHA Guideline for the Management of Heart Failure recommends the use of aldosterone receptor antagonists in patients with NYHA class II-IV symptoms with LVEF ≤ 35% and following an acute MI in patients with LVEF ≤ 40% with symptomatic HF or with a history of diabetes mellitus. Contraindications include Cr ≥ 2.5 or K ≥ 5.0.